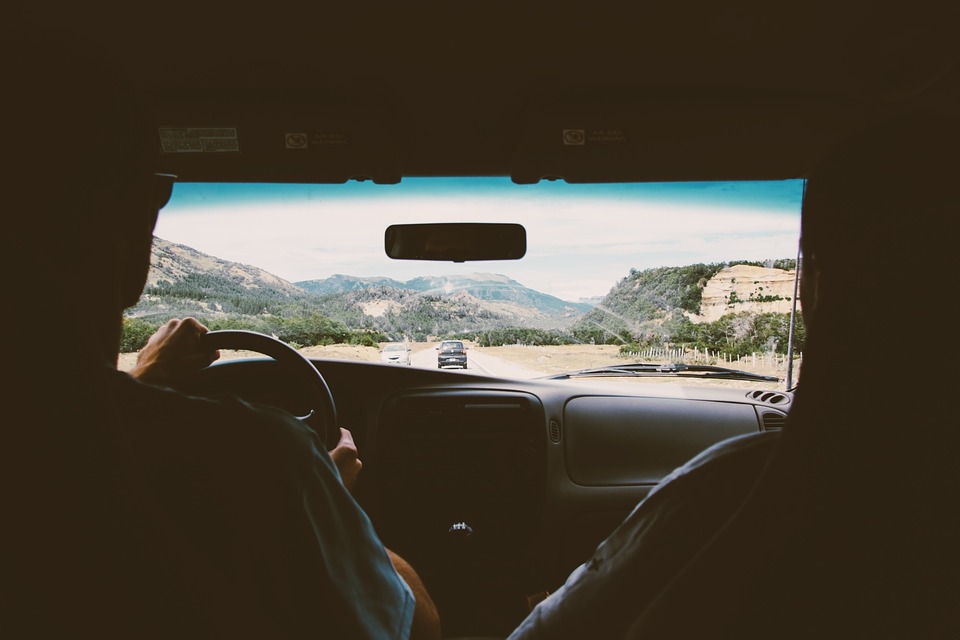 Okay, time to suspend reality for a little while. Think about some of your favorite characters on TV or in movies. If you could take a road trip with one of them, who would it be? Would it be someone who would make you laugh all the time, someone who insists on doing all the driving, or someone who will get you into a bunch of mishaps (I think we would agree those types should just stay home). Here is the Jones family countdown of the top ten fictional characters to take a road trip with (in our humble opinion).

We think this beloved dim-wit from The Golden Girls would be a lot of fun to take on a road trip. She could entertain us with stories of her hometown of St. Olaf and bring some Sparhuven Krispies for us to snack on.

This was Joshua’s favorite choice. If you haven’t seen the Canadian sitcom Corner Gas, we suggest you get started right away (hint at the time of this writing it’s on Amazon Prime). Hank is a bumbling, goofy guy who is usually broke but he’s funny and means well so we would bring him along (even though we would have to pay for everything).

Okay maybe I said those who get into mishaps should stay home, but we couldn’t resist our favorite funny lady of TV history and star of I Love Lucy. We think Lucy would be a blast to road trip with. We just wouldn’t let her drive if we wanted to get to the right destination at the right time.

Yes, this is two people. We couldn’t choose between our two favorite characters from The Office because they go together as perfectly as peanut butter and jelly (PB&J). They are funny and laid back and we think they would be a lot of fun on a road trip.

The late, great comedian Bernie Mac played a fictional version of himself on The Bernie Mac Show. His updates to America about the trip would be worth it all. He was just so funny, and we think he would be great to travel with (and unlike Hank, he has plenty of money to chip in on gas). We miss you Bernie Mac.

Scott Lang from the movie Ant Man would be fun to take a road trip with. Not only is he funny and not only is he a super hero, but he wouldn’t take up much space.

Who said we can only take humans on this fictional road trip? This Guardians of the Galaxy character would be useful on a road trip if you ever broke down on the side of the road. He could not only fix your car but probably weaponize it as well. Be prepared to listen to a lot of sarcasm.

The Dad from the sitcom Everybody Hates Chris would make a great road trip companion. He could keep track of finances (right down to the penny). He would let you know if you’re being wasteful and since he has two jobs he could probably chip in on gas.

Barbara Gordon (aka Batgirl) is Katie’s favorite superhero and she asked me to include her because she’s smart and has the same name as me. We found Batman too moody for a road trip with us but Batgirl would be cool, so she’s in.

We chose this Ant Man character and best friend of Scott Lang because of his great story-telling abilities. Not only could he entertain us during the trip but afterwards he would probably be able to recall every detail and every conversation. Bonus that he’s best friends with a super hero.

We had trouble keeping this list down to ten so here are some honorable mentions. These are characters we would take a road trip with who didn’t quite make the final cut.

Ann Perkins from Parks and Rec: Because she’s so fun, laid back and perky.

Martin Crane from Frasier: He’s a laid-back guy who doesn’t mind going to casual dining restaurants or taking long trips in big Winnebago’s. His sons Frasier and Niles might roll their eyes, but we think Martin would be fun to road trip with (and we would let him bring his dog Eddie).

Ernest P. Worrell: Did you ever see all the Ernest movies made back in the 80’s? If you’re my age you probably saw at least some of them. We wouldn’t let him drive but he would be very entertaining (maybe we could even stop and pick up his friend Vern).

Darryl Philbin from The Office: By now you’ve probably noticed two things about us. We love The Office and we like characters who are laid back like us! Darryl is a cool guy who would be fun to take a road trip with.

What fictional character would you take a road trip with and why? Let us know in the comments below!