On June 6th 1933 the first drive-in movie theater in the United States opened in Camden, New Jersey. It was popular enough that other locations started to open up around the country. Unfortunately this modest beginning was hampered by the fact that the only sound came from speakers next to the screen itself. You were out of luck if you couldn’t park close enough to hear the movie. So someone came up with the idea to put individual speakers next to the cars. This allowed the viewers to not only hear, but even control their own sound level. By the 1950s and into the 60s the popularity of the drive in soared. By the 1970s that popularity started to decline, and the trend has gone down slowly ever since. But all is not lost.

Not Just The Place Your Parents Made Out

The first drive in movie I remember going to is Rocky IV. The year was 1985 and I was nine years old. The drive-in theater in our town had been there for many years, but it was rare for my family to visit. We usually went to the regular movie theater downtown. As I grew older most of my perception of the old drive-in movie theater was of it being the place where teenagers in the 1950s and 1960s used to go to make out. This view was formed by old movies and TV shows like Happy Days. But there was probably a lot of truth to it too. 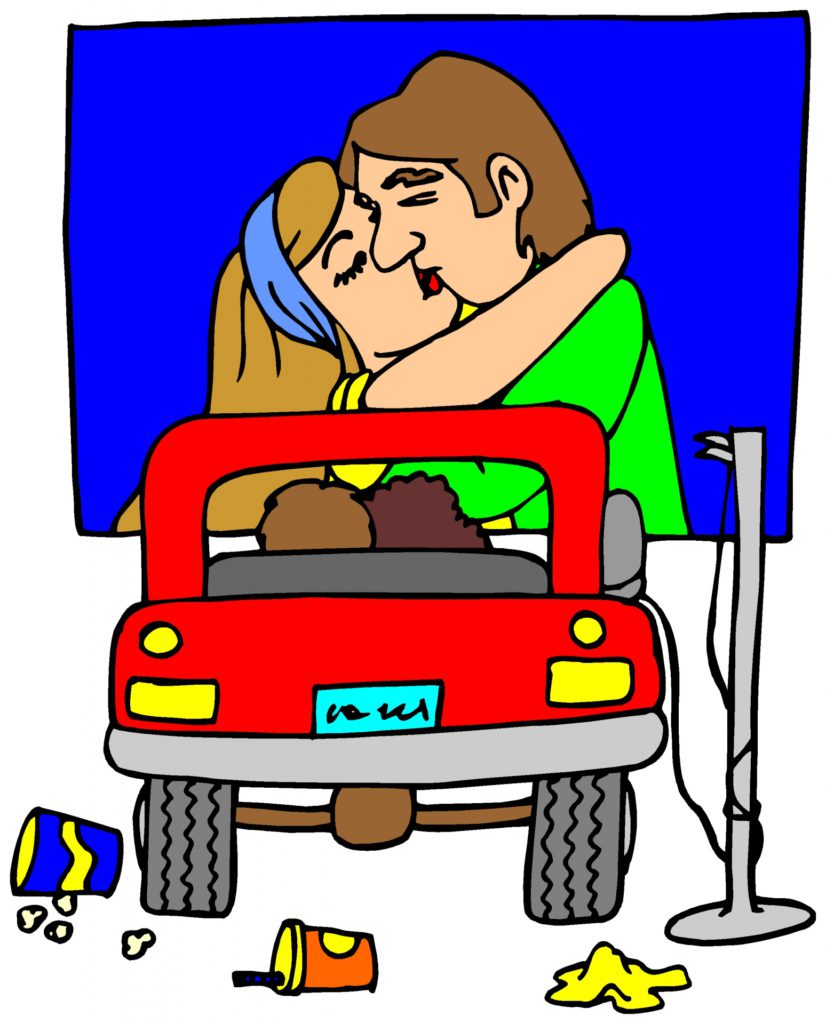 But now that the drive-in is not as common a sight, it’s become a wonderfully nostalgic piece of Americana that we are happy has stuck around, though on a much smaller scale. We don’t go there to make out but to bring our kids and have fun family time. Thankfully, the people around us aren’t there to make out either (that we know of, it is dark).

Unfortunately, drive-in movie theaters have become few and far between over the years. I guess you don’t know what you’ve got until it’s…almost…. gone.

Monday night we decided, almost on the spur of the moment, to go to our favorite drive in. This is a rare and special treat for the kids. Rare because it’s located 45 minutes from our house and special because they get to have popcorn and candy while we all watch a double feature. This time we saw Incredibles 2 and Ant Man and The Wasp (both excellent movies by the way). 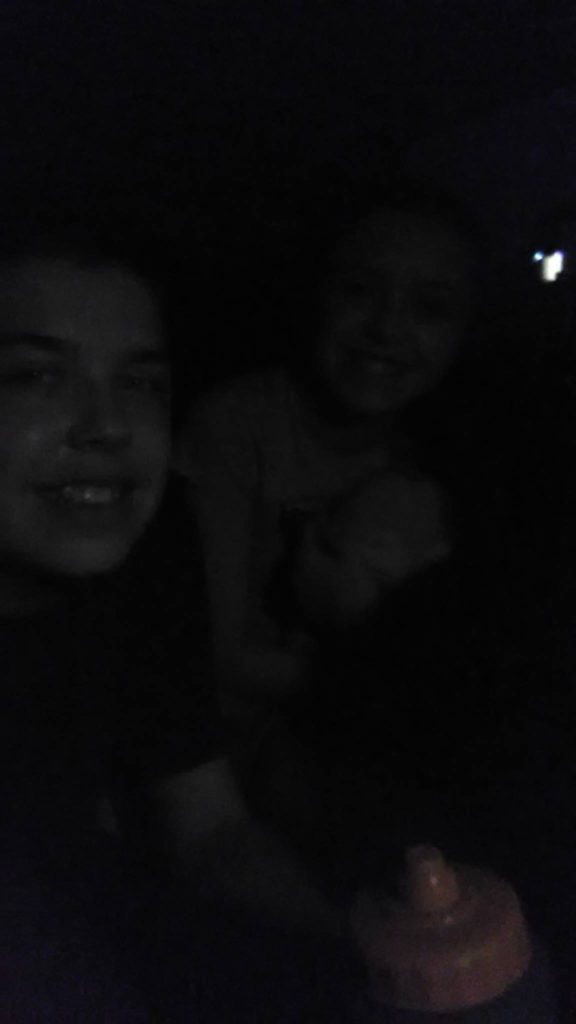 Our drive-in no longer has the speakers that you hook up to your car window. The stands the speakers used to sit on are still sitting there empty like a reminder of how things used to be “in the old days”. Now you have to turn to a designated radio station to hear the movie.

We love the privacy that watching the big screen from our vehicle provides. If I decide to check Facebook on my phone during the movie who is really going to care? And if Anthony wants to guess the plot twist he sees coming no one is going to give him a dirty look when he blurts it out loud. The only people around you are your own peeps. They get you. 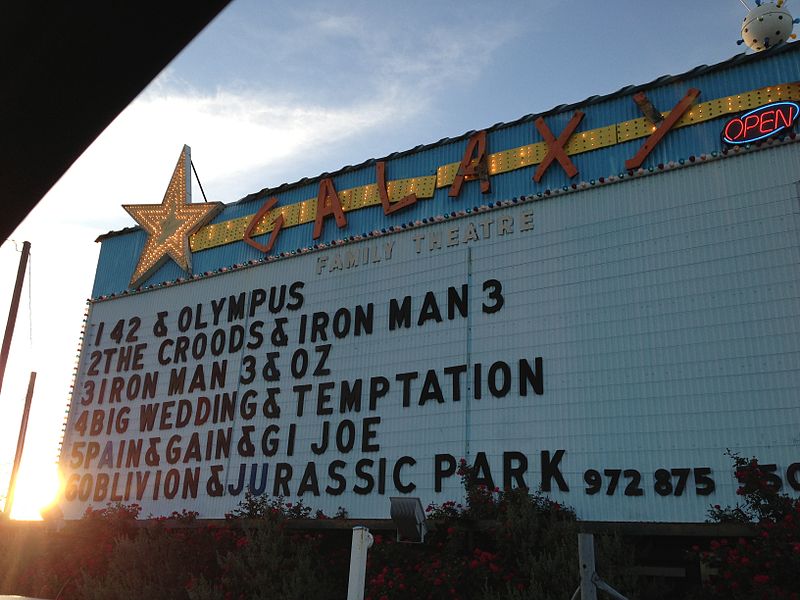 We go to the Galaxy Drive-In located in Ellis, Texas. We love the old timey feel of the place. It just feels cozy to us, like a warm hug from Grandma. Okay maybe not as special as Grandma, but maybe your Great Aunt Evelyn you only see every three years. It’s familiar, fun, hasn’t worn out its welcome yet, and is more interested in making sure you are entertained than shoving four hours of slideshows from their trip to the Grand Canyon in your face against your will.

I have heard from some people that their experience at Galaxy was anything but pleasant. People playing loud music on their car radios (that makes no sense. Why pay for a movie if you are just going to sit there listening to music?) and people turning their lights on. We have never had a bad experience there but we also tend to go on weekdays when it’s less crowded. Also, since we’ve always gone with our kids we’re always in the family friendly movie sections. They might get rowdier in the Rated R, and child-less, areas. They probably make out over there too.

Speaking of kids, if you have little ones you might want to forget about attempting a double feature. I don’t know about all the other drive-in’s but at Galaxy the first one doesn’t even start until 9:00pm. That means by the time the second one is over it’s well after 1:00am. By the time we got home it was about 2:30am. Our kids are of the age now where they can handle this once in a while but we wouldn’t have attempted that when they were smaller. You can always just choose to go to the first one. That’s why they always put the kid movies on first. Our already not very crowded theater got significantly smaller in between Incredibles 2 and Ant Man and The Wasp. 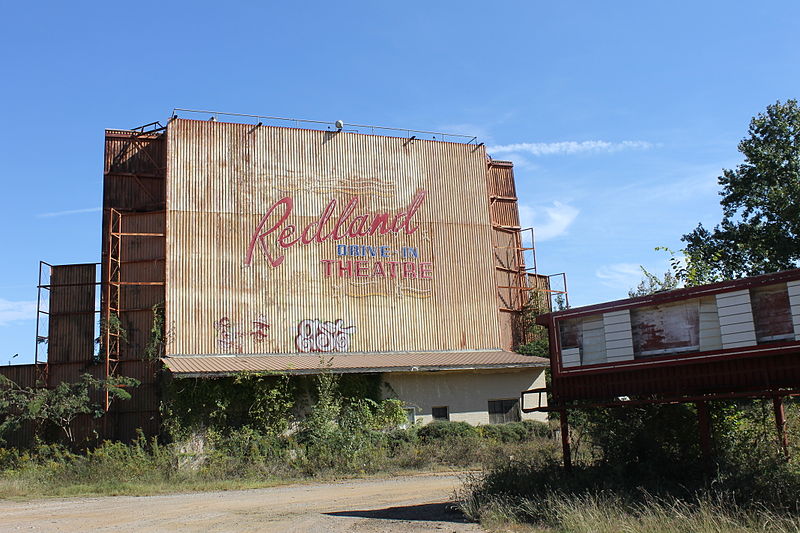 There are currently less than 400 drive-in movie theaters in the entire United States. 30-40 years ago, there were over 2,000. A part of American history is on the verge of vanishing forever. I don’t mean that to sound melodramatic. After all this isn’t like saving endangered whales or a rare breed of tigers. Once those animals are gone, they’re gone, unfortunately. All that it would take to bring back drive-in theaters is for people to open them and people to go to them. But my point is, I would hate for this part of our culture to fade into history like VHS players or cassette tapes (but not the E.T Atari Game.That can stay gone). So, if you have a drive-in movie theater in proximity to you why don’t you pay them a visit? You won’t save a life but you will have fun and support the people who are still managing to keep this part of our culture afloat.

Do You Still Visit the Drive-In?

What are your favorite memories of the drive-in? Do you ever visit them now? Tell us in the comments below.